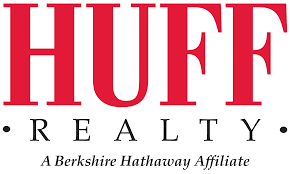 Welcome to the community guide for Newport, located in Kentucky. This guide is a tool to explore and understand what this community is like. Keep reading to learn about this area's demographics, schools, businesses, restaurants, walkability score, and climate.

Read more
Contact me to get the full Market Report and to learn more about Newport.
January 2023Newport, Kentucky -

Data provided by School Digger, National Center for Education Statistics and the U.S. Census Bureau. The schools listed are intended to be used as reference only. To verify enrollment eligibility for an area, contact the school directly.
January 2023Newport, Kentucky -

The lifestyles trends below are based on billions of social media data points broken down into 52 segments and mapped at the neighborhood level. The scores indicate the prevalence of each segment in an area.

78%
From girls night out to a movie night in with their closest gal pals, this population is all about getting the girls together for an evening of fun.

76%
Characterized by their appreciation for all things whiskey, this population enjoys the classy atmosphere of whiskey drinking and learning about different brands.

73%
This population lives as fast as the culture. They like to keep up with the latest trends, especially when it comes to apparel and accessories.

70%
Always seeking the next book, article, or poem to read, this activity is prevalent in areas where reading is a way of life. Although a solo activity, the expression of the love of books is a bonding, communal experience.
January 2023Newport, Kentucky -

The percent ratings below indicate the portion of area residents who commute to work by walking, car, public transit, or cycling. The most popular method of commuting in this area is car, used by 77% of people, and the average commute time to work is between between thirty and forty-four minutes. Of those commuters, 58% of them leave for work between 6 and 8 AM.

The climate data below highlights environmental factors that Newport, Kentucky, faces from climate change in the coming years. The risk scores are based on the latest modeling data from climate scientists, universities, and federal agencies.

The average risk due to climate change for this area is .